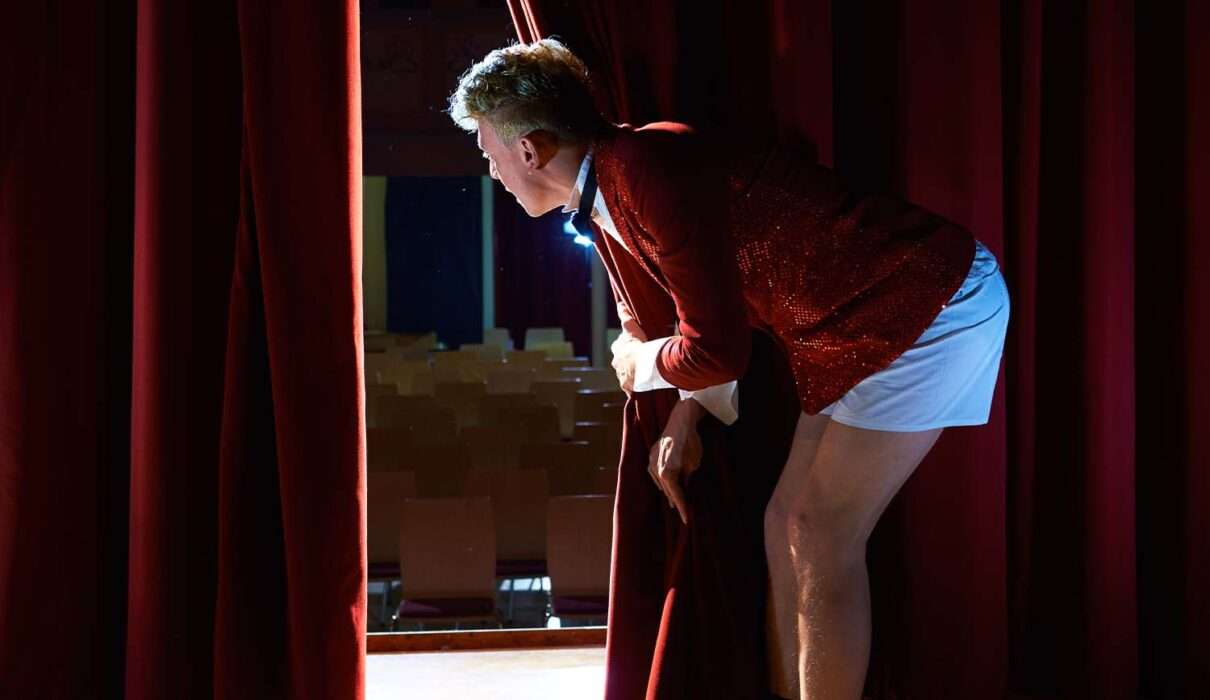 Acting Jargon for the Confused: A Hilarious Guide

Welcome to the world of theater and film, where actors and actresses use words and terms that might sound like a foreign language to those outside of the industry. But don’t worry, you don’t have to be a seasoned pro to understand the lingo. In this guide, we’ll take a humorous look at some of the basic terms used in theater and film, and explain them in a way that’s easy to understand and, more importantly, funny. From characters and leads to blocking and cues. We’ll break down all the acting jargon you need to know to impress your friends (or at least pretend to know what you’re talking about). So, sit back, relax, and get ready to learn.

“All the world’s a stage, and all the men and women merely players.”

Oh Theater, a place where actors become someone else and bring stories to life, where the magic happens. Whether it’s a lead character, a supporting role, or a brief cameo appearance, every part is important in a production. In the following list, we will be exploring some of the most common terms used in theater, such as “Character,” “Lead,” “Supporting,” and “Cameo.” We’ll also dive into the process of creating a production, from “Blocking” and “Cue,” to “Script” and “Set.” Understanding these terms and techniques is essential for any actor to fully understand their role and bring the best performance to the stage. So, let’s raise the curtain and dive into the thrilling world of theater!

Character: the person or figure that a performer portrays in a production. (The person you become when you’re on stage and your mom is in the audience)

Lead: the main actor or actress in a production. (The star of the show, the one who gets all the good lines and all the curtain calls)

Supporting: actors or actresses who play secondary roles in a production. (The actors who help the lead actor look good and steal the show)

Cameo: a brief, non-speaking appearance by a famous person in production. (A blink-and-you’ll-miss-it moment for celebrities, like a game of “spot the star”)

Cast: the group of actors and actresses who are performing in a production. (The group of people who pretend to be other people for a living, and sometimes forget who they really are)

Understudy: an actor or actress who learns a lead role in case the lead is unable to perform. (The actor who hopes the lead gets sick and they get their chance to shine)

Stand-in: an actor or actress who rehearses with the lead actors and actresses to take their place during technical rehearsals. (The actor who takes over when the lead actor is on break and gets to play the lead for a few minutes)

Star: a famous or well-known actor or actress. (A person who is famous for pretending to be other people and getting paid more than you)

Cue: a signal for an actor to begin their line or action. (The “GO!” signal for actors, and the signal for you to stop messing around)

Dialogue: the lines spoken by characters during a performance. (The words you say when you’re pretending to be someone else, but sometimes forget)

Monologue: a speech given by one actor. (The part of the play where you talk to yourself, and sometimes get a round of applause)

Props: objects used by actors during a performance. (The things you use to help you pretend to be someone else, like a fake sword or a prop phone)

Script: the written text of a play or film. (The book of lies you follow on stage, and sometimes just improvise, or at least try)

Set: the background and environment in which a scene takes place. (The fake background where you pretend to be someone else, and sometimes get lost)

Spotlight: a bright light directed at a specific area of the stage. (The light that tells you when you’re the center of attention, sometimes blinds you, and every time makes you sweaty)

Stage: the area where a performance takes place. (The place where you pretend to be someone else, and sometimes slip)

Improvisation: unplanned actions or lines spoken by an actor during a performance. (The things you say when you forget your lines, and sometimes get creative)

Rehearsal: the process of preparing for a performance. (The time when you practice pretending to be someone else, and sometimes mess up)

Audience: the group of people watching a performance. (The people you’re pretending for, and sometimes get stage fright)

Curtain call: the final bow at the end of a performance where the actors come out and take a bow. (The part of the show where you take a bow for pretending really well, sometimes get a standing ovation, sometimes tomatoes in your face)

Backstage: the area behind the stage where actors get ready for a performance. (The place where actors go to prepare their alter egos and sometimes lose their own identities or lose themselves in curtains)

Director: the person in charge of production. (The conductor of the chaos, and sometimes the one who tells you where to stand)

Theater company: a group of actors and actresses who perform together. (A group of people who pretend together, drink together, travel together, hang out together, and sometimes become a family)

Opening night: the first night of a performance, where everything is new and exciting. (The night where you have to lie and pretend in front of an audience for the first time, and sometimes get butterflies)

Break a leg: an acting jargon phrase that is commonly used in the theater and entertainment industry as a way to wish an actor good luck before a performance. The origins of the phrase are uncertain, but it is thought to have originated in the early days of theater when actors would literally break a leg to get the audience’s attention and applause. Or perhaps it’s from the old days of Vaudeville, where actors would bow so low it’s as if they were trying to touch their toes with their forehead. Either way, it’s a playful and light-hearted way to tell an actor “Don’t trip on stage” and “Knock ’em dead” all at once. The actors are also using it as a way to avoid saying “good luck” which is considered bad luck in a theater.

In the acting world, there are many terms and techniques that actors use to bring their characters to life. From the “Take Two” command to start a scene again, to the use of a green screen for special effects, these terms and techniques are essential for any actor to know. In the next list, we will be exploring some of the most common terms used in both film and theater acting, such as “Close-Up,” “Cut,” “Continuity,” and “Soundstage.” We’ll also dive into acting techniques like the “Meisner Technique,” “Hot Seating,” and “Physicality.” Whether you’re a seasoned actor or just starting out, understanding these terms and techniques will help you become a more versatile and dynamic performer. So, let’s get started!

Take Two: the command a director usually give to actors to begin a scene again, usually after a mistake. (The command you hear when you mess up and sometimes get to try again)

Cut: the command given to stop filming. (The command you hear when they’ve got what they need, and sometimes when you mess up)

Continuity: the consistency of a film’s details from one shot to the next. (The thing you have to worry about when you’re filming out of order, and sometimes when you change your hairstyle)

Green Screen: a special effects technique where a background is added to a shot later in post-production. (The green background you act in front of, and sometimes feel like a superhero, but you have no idea where you are)

Soundstage: a large studio for filming, often used for interior scenes. (The place where you film indoors, and sometimes feel like you’re in a different world)

Extras: actors in a film with no speaking lines, usually used as background characters. (The unsung heroes of the film industry, who make the scene look alive without stealing the spotlight)

Stunt Double: an actor who performs dangerous stunts for another actor. (The person who jumps off buildings for you, and sometimes gets all the cool moves)

Voice Over: a technique where an actor’s voice is recorded separately and added to a film later. (The voice you hear when you’re not on the screen, and sometimes when you’re lip-syncing)

Cold Reading: The act of reading and performing a script for the first time, usually done during auditions. (The act of being a script-reading ninja, and making it look like you’ve known the script for ages) – Maybe you could be interested in my article about how to master cold reading here!

Subtext: The underlying meaning or emotion behind a line of dialogue. (The hidden treasure of acting, it makes the performance more interesting if you find it)

Breakdown: The analysis of a script to determine the character’s objectives, actions, and emotions. (The process of figuring out what the character wants and how they’ll get it)

Meisner Technique: An acting technique that emphasizes the use of repetition exercises to encourage spontaneity and emotional truth in performances. (The technique where you repeat the same line over and over again and hopefully find the truth in it)

Stanislavski System: An acting technique that emphasizes the use of emotional memory and sense memory to create a truthful and realistic performance. (The technique where you dig deep into your past traumas and use them to make the character more convincing)

Here’s a bonus round of 10 fun phrases commonly used in the acting world! Get ready to add some personality to your acting lingo.

In conclusion, understanding the basic acting jargon used in theater and film can seem intimidating, but it doesn’t have to be. By taking a comedic approach to explain acting jargon, we hope that we’ve made it a little easier for you to understand and appreciate the world of theater and film. From now on, when someone drops some acting jargon, you’ll be able to impress them with your newfound knowledge. Remember, the theater is not just about pretending but it’s also about having fun. So, keep laughing and keep learning, and who knows, you might just discover a new passion for the performing arts, and also by understanding all these terms, you can improve your craft and take your performances to the next level. 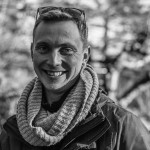 I am a never-ending fighter for the perfect ART, enjoying the process of unperfectness. I am many things and nothing, but my main focus is acting. I've studied at the Vancouver Academy of Dramatic Arts. I've been an actor in Theater Around The Corner, Moravian Theater Olomouc, Theater DiGoknu, or Mlada Scena II. And I am working hard on my craft. 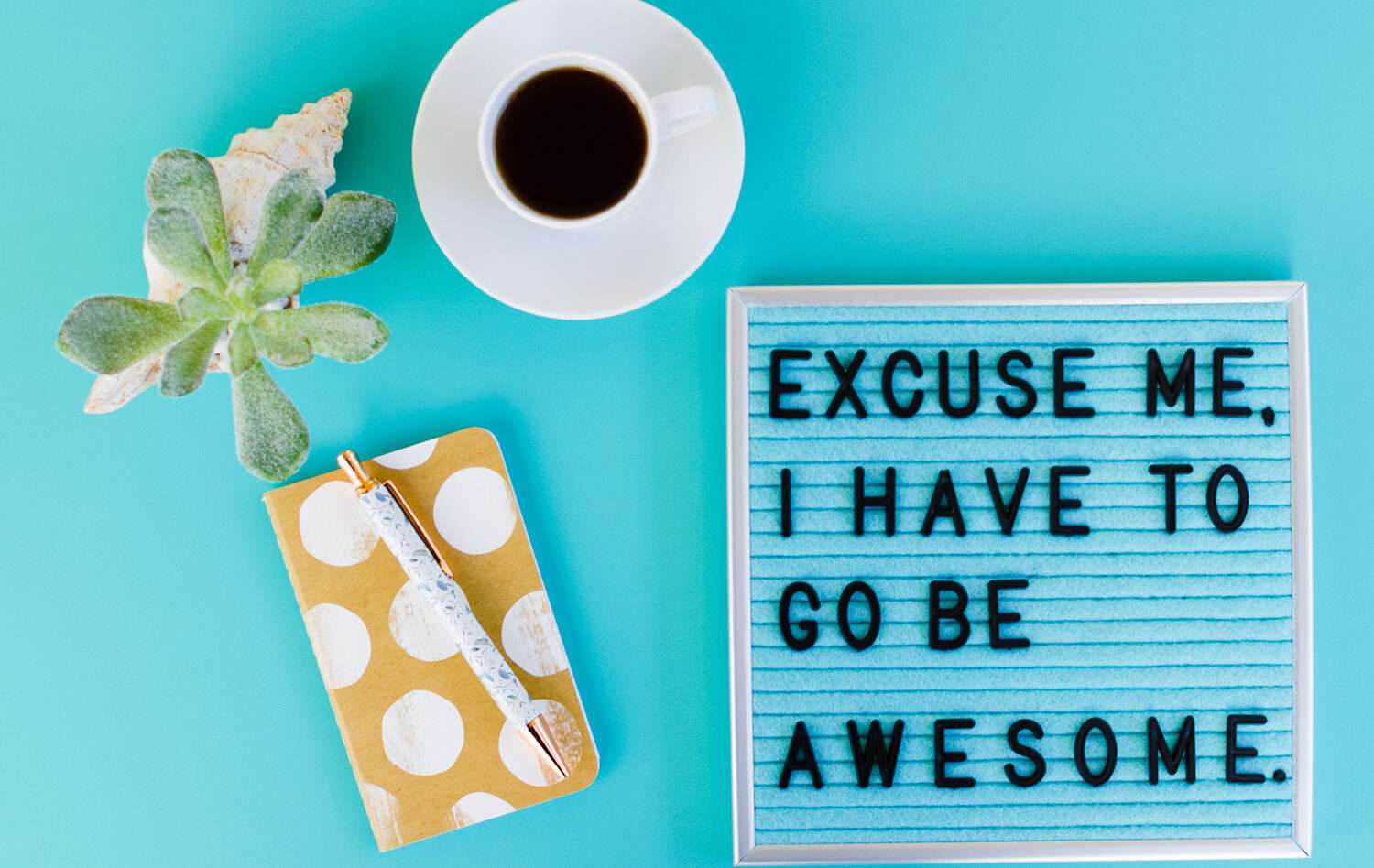 Opening creativity, part 5 – Do something now 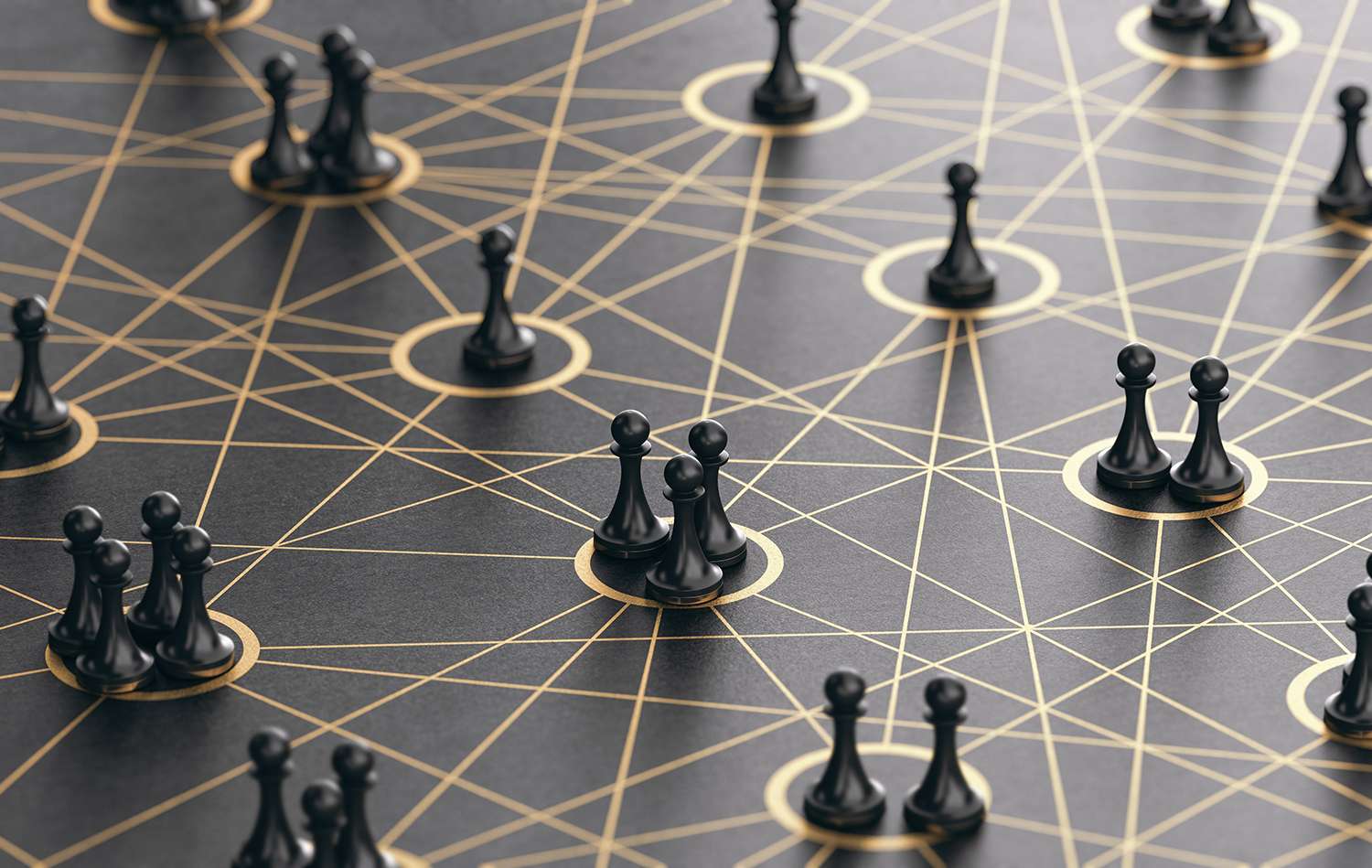 Promoting yourself as an actor – social media 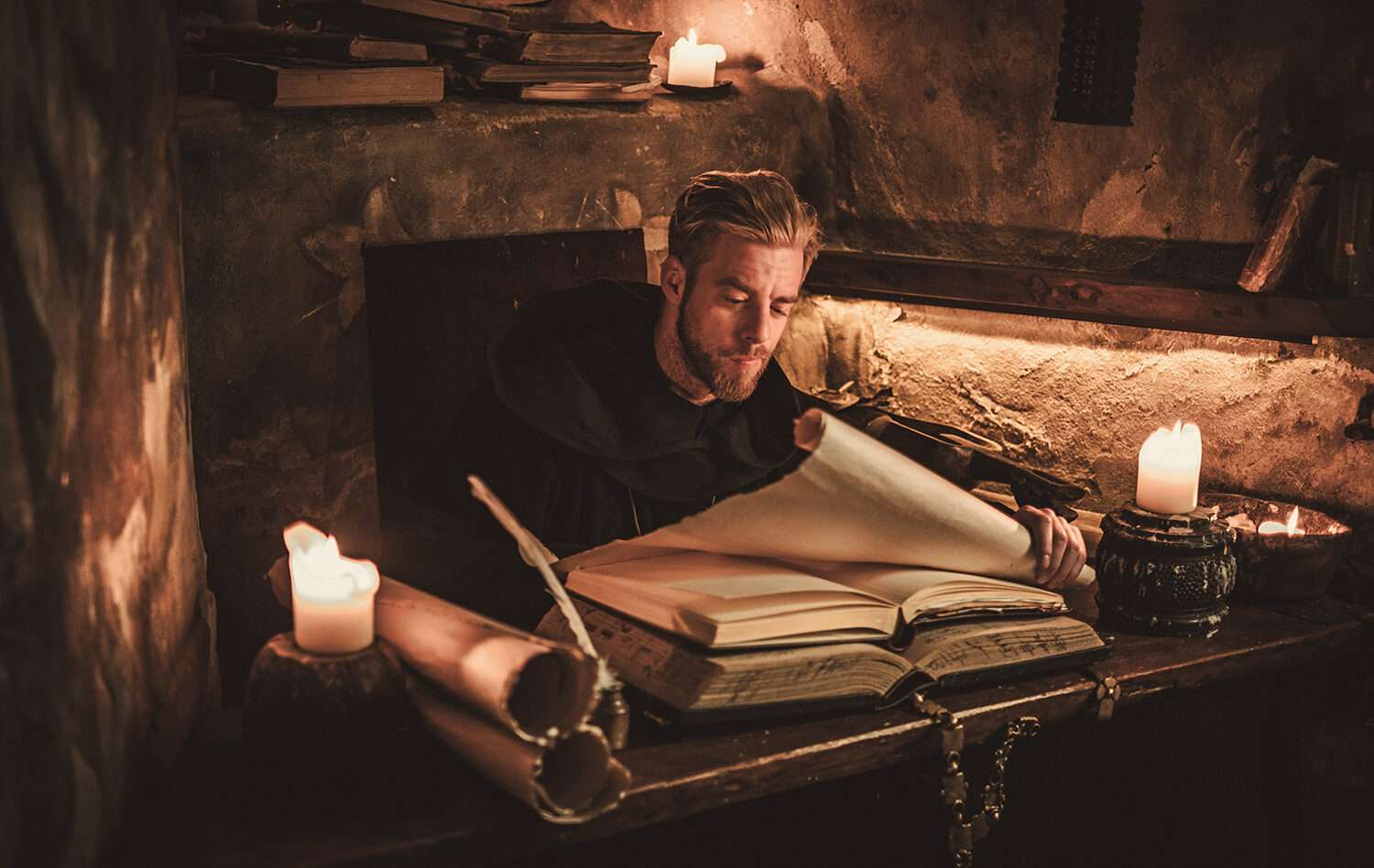 How to write a cover letter to an 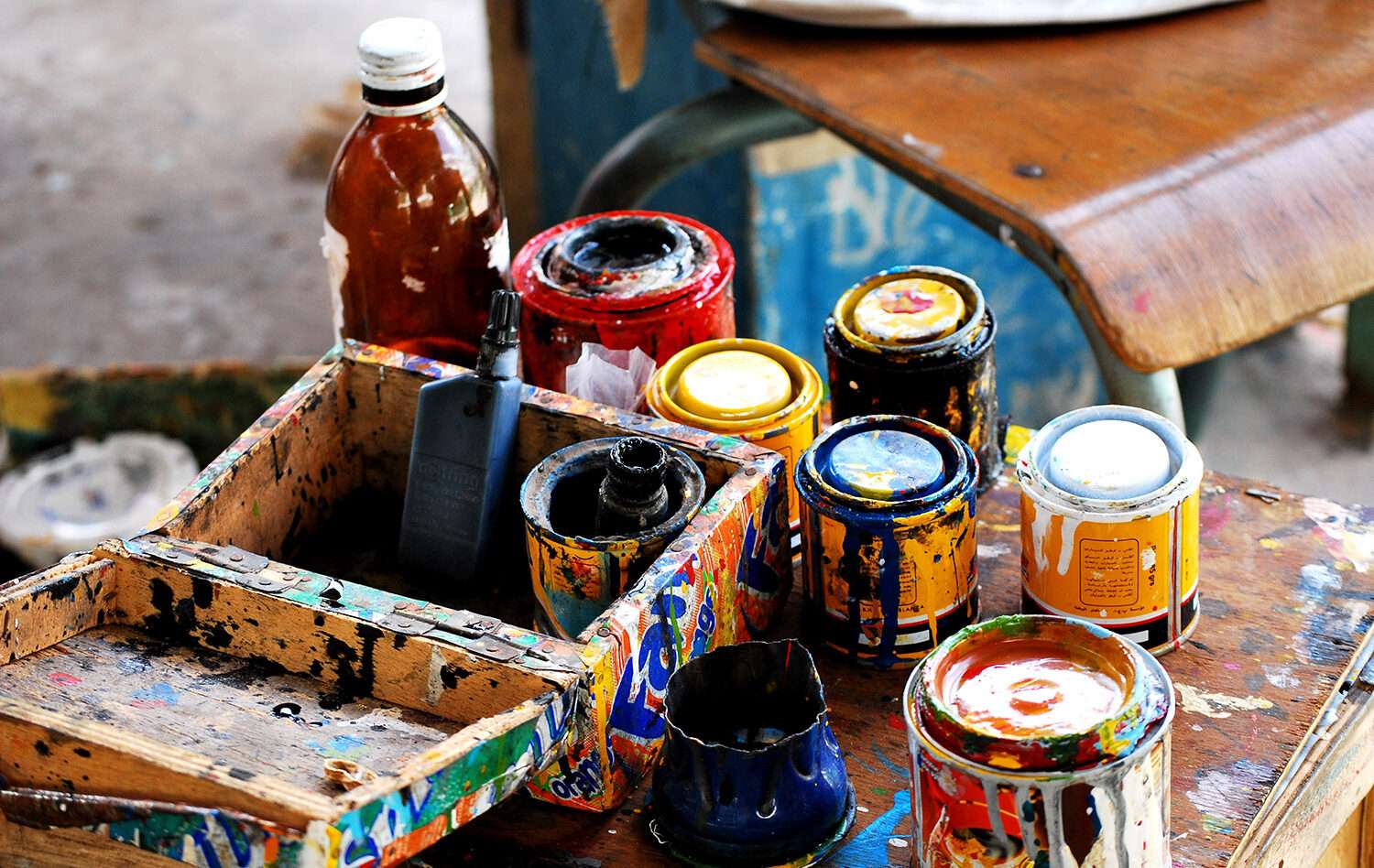 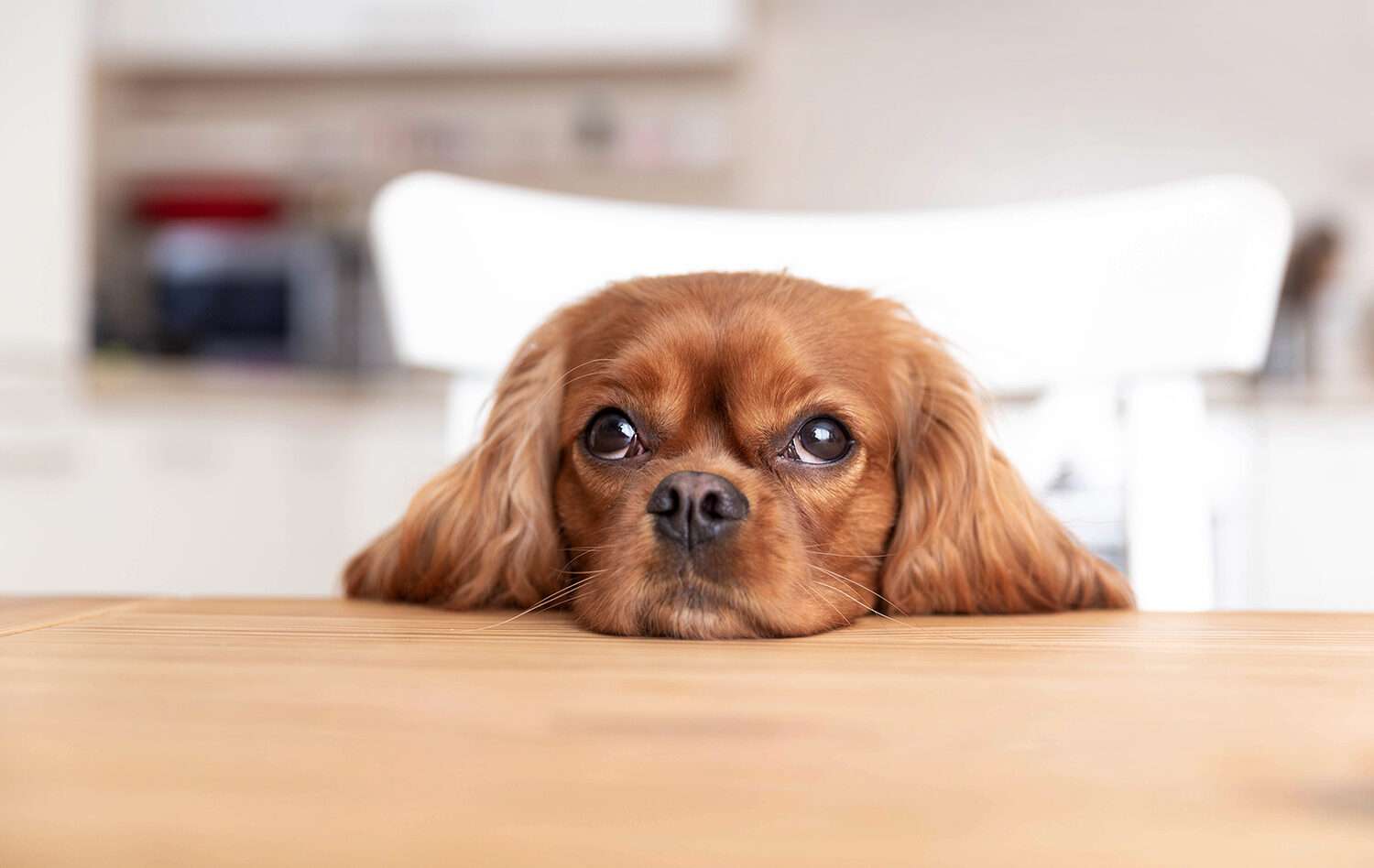 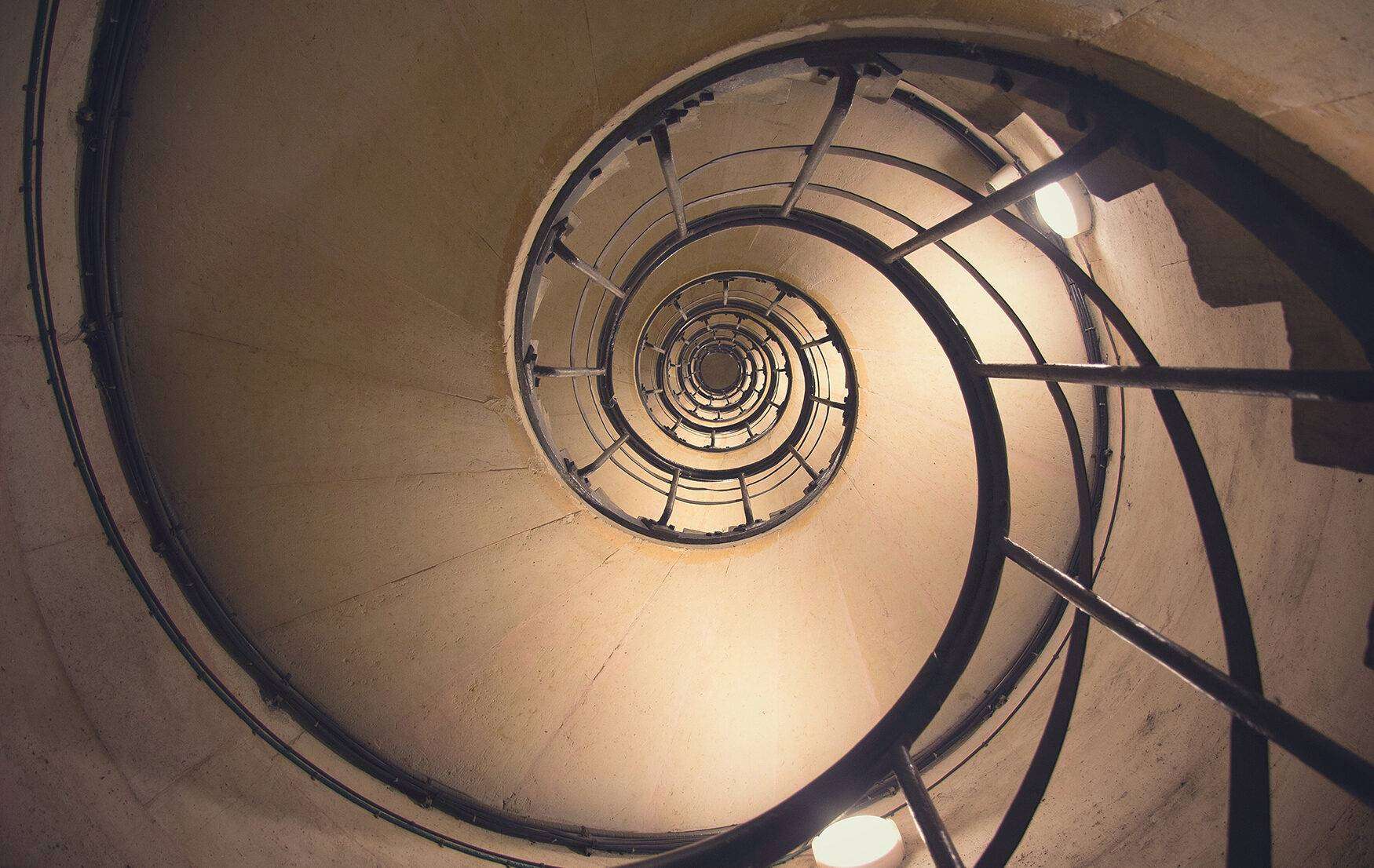 How to make your demo reel look better 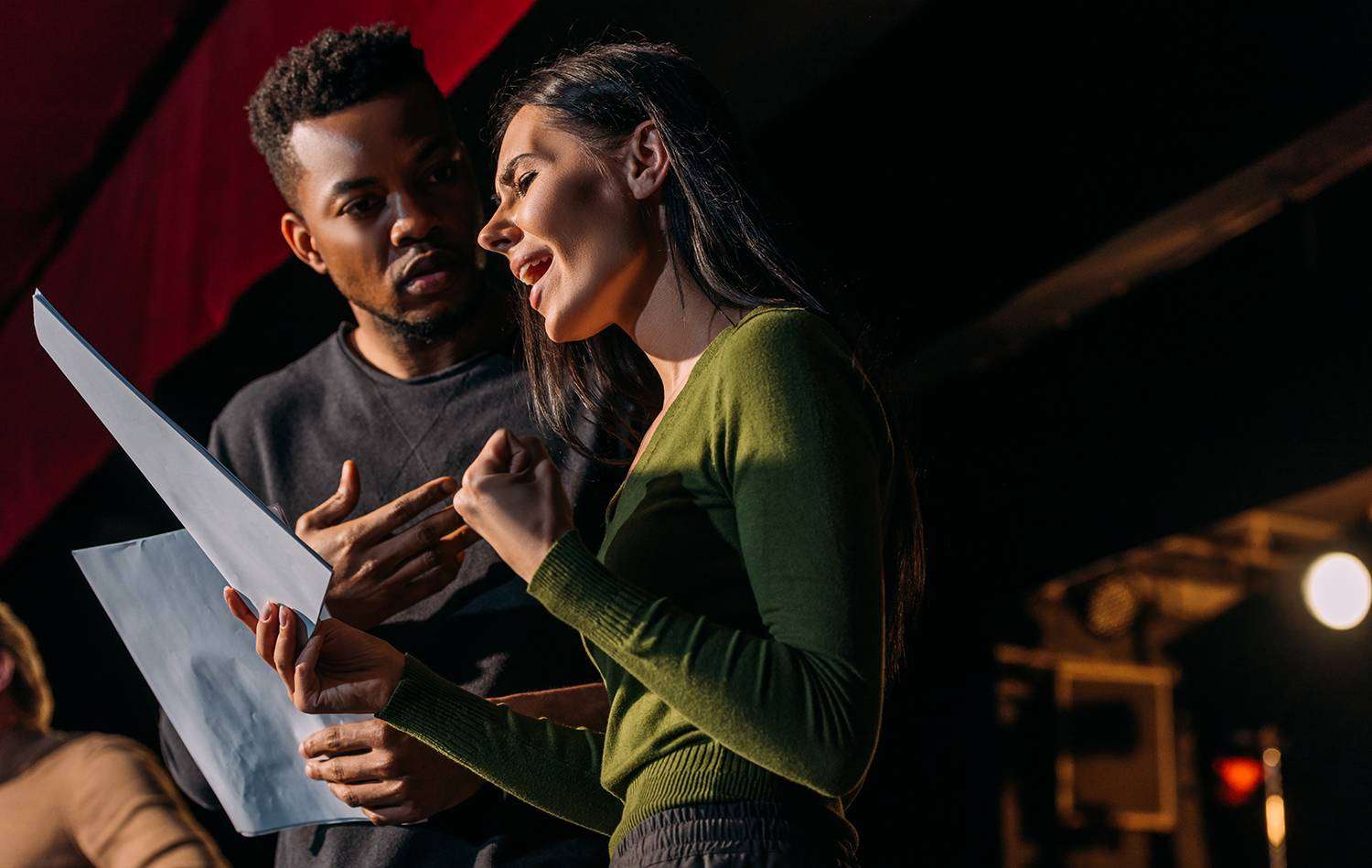 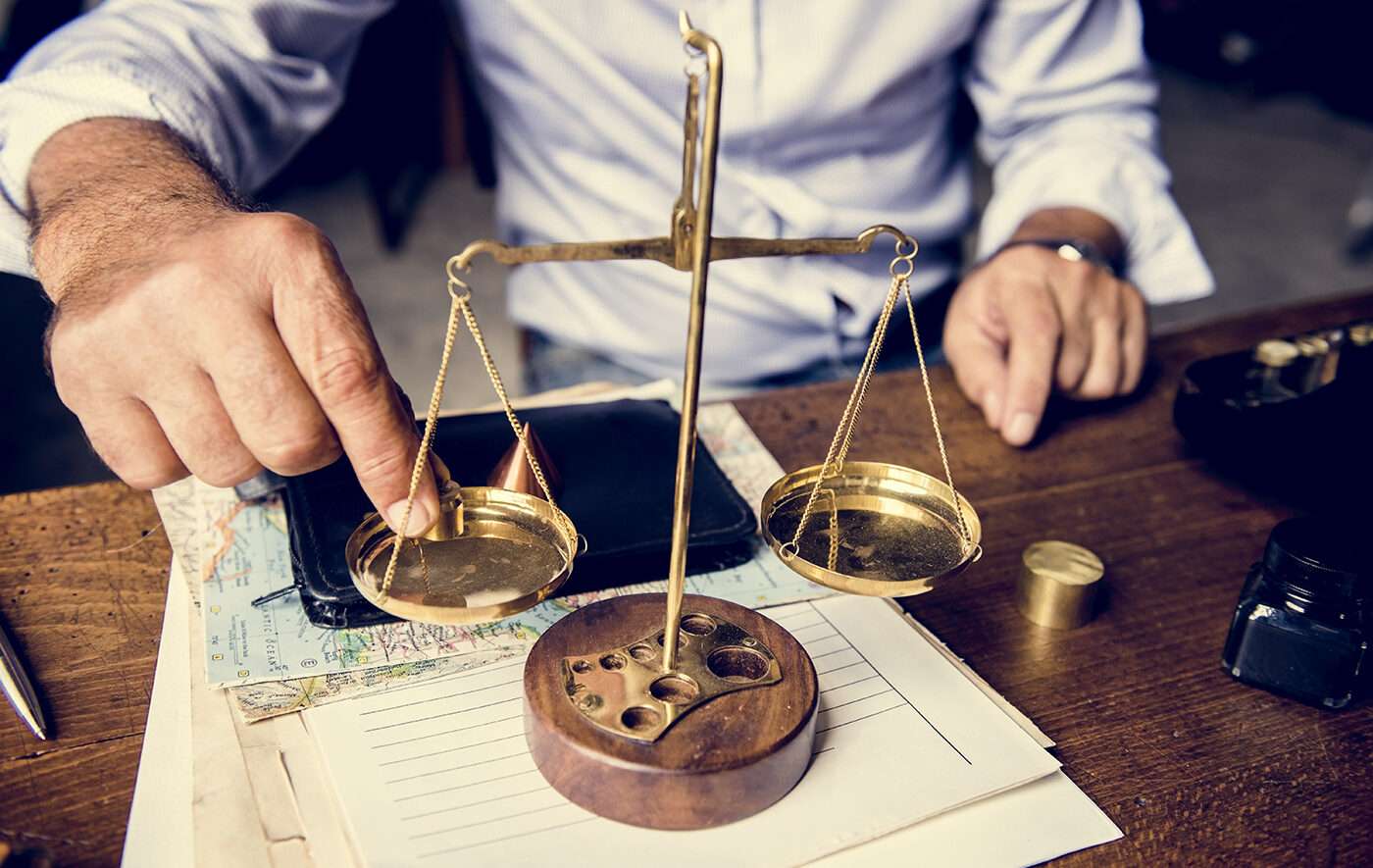 Do you really want to be an actor? 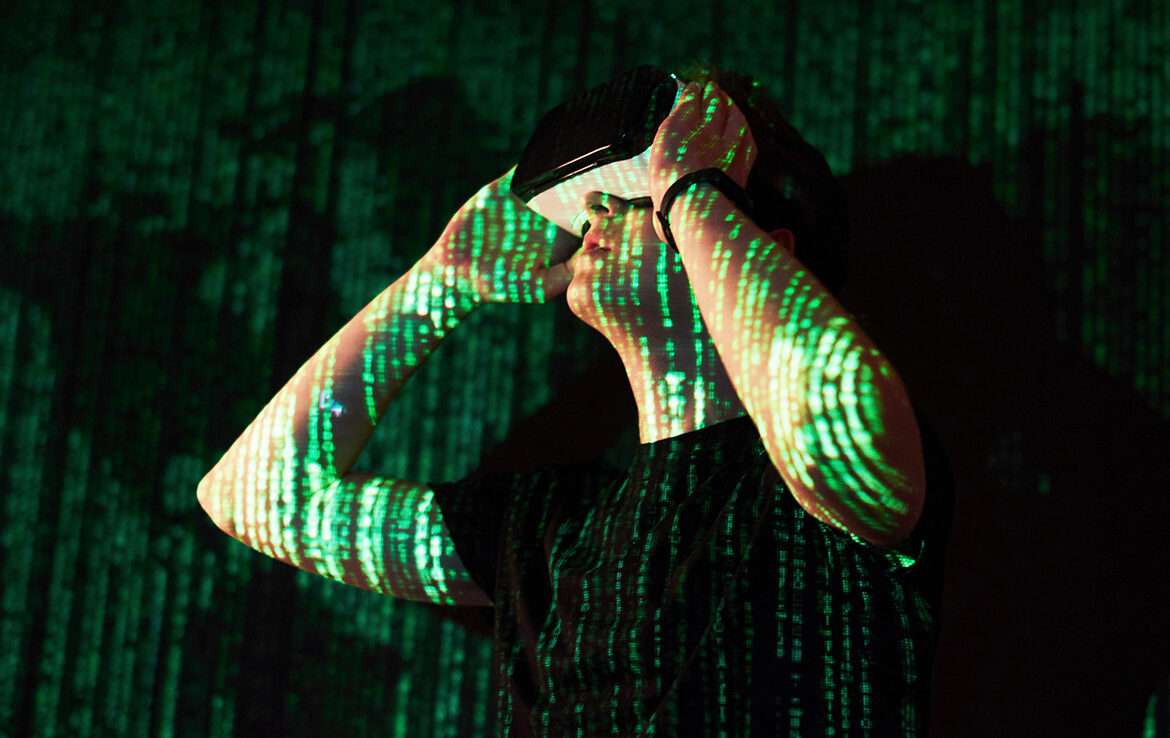 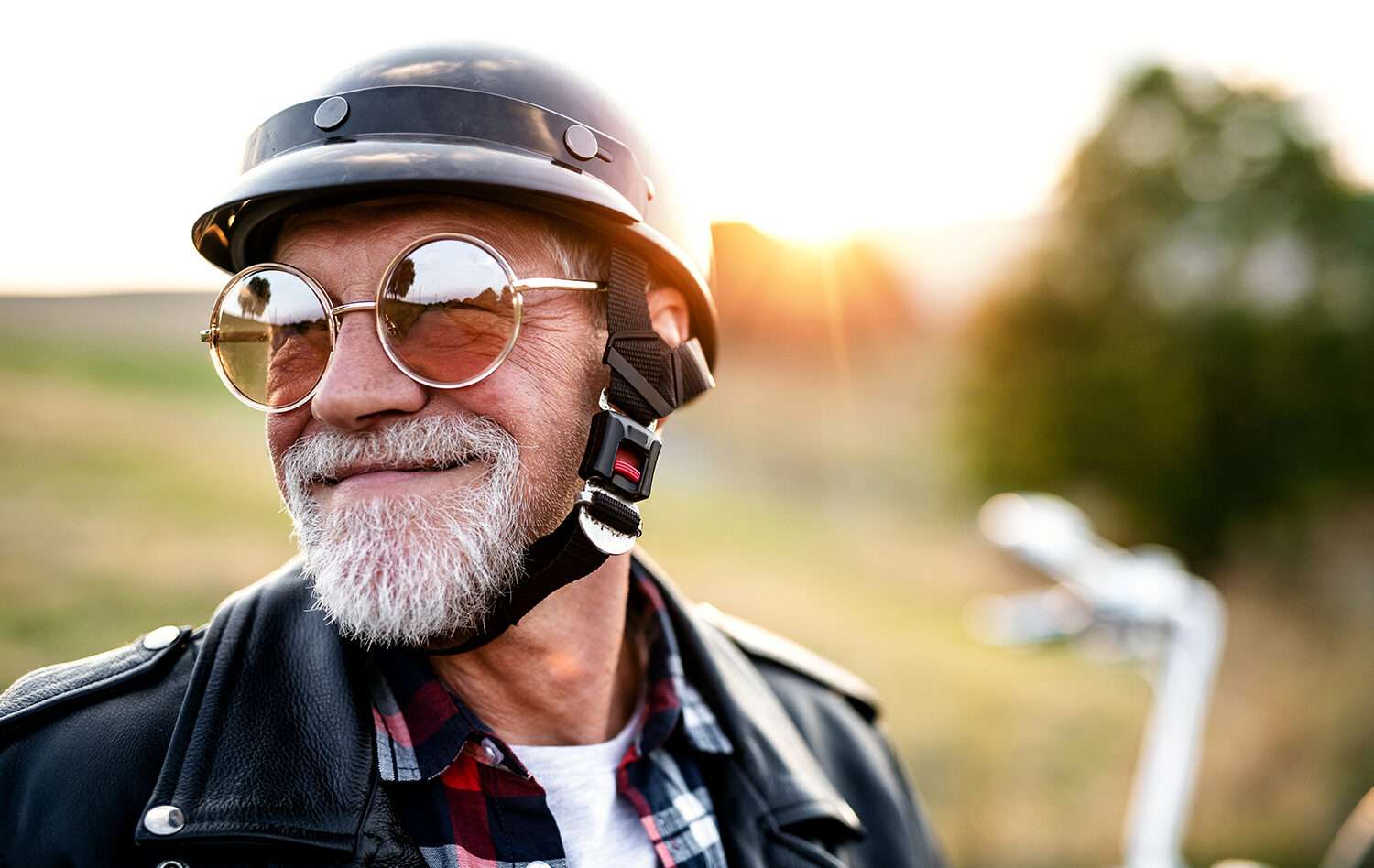 How to get the right headshot 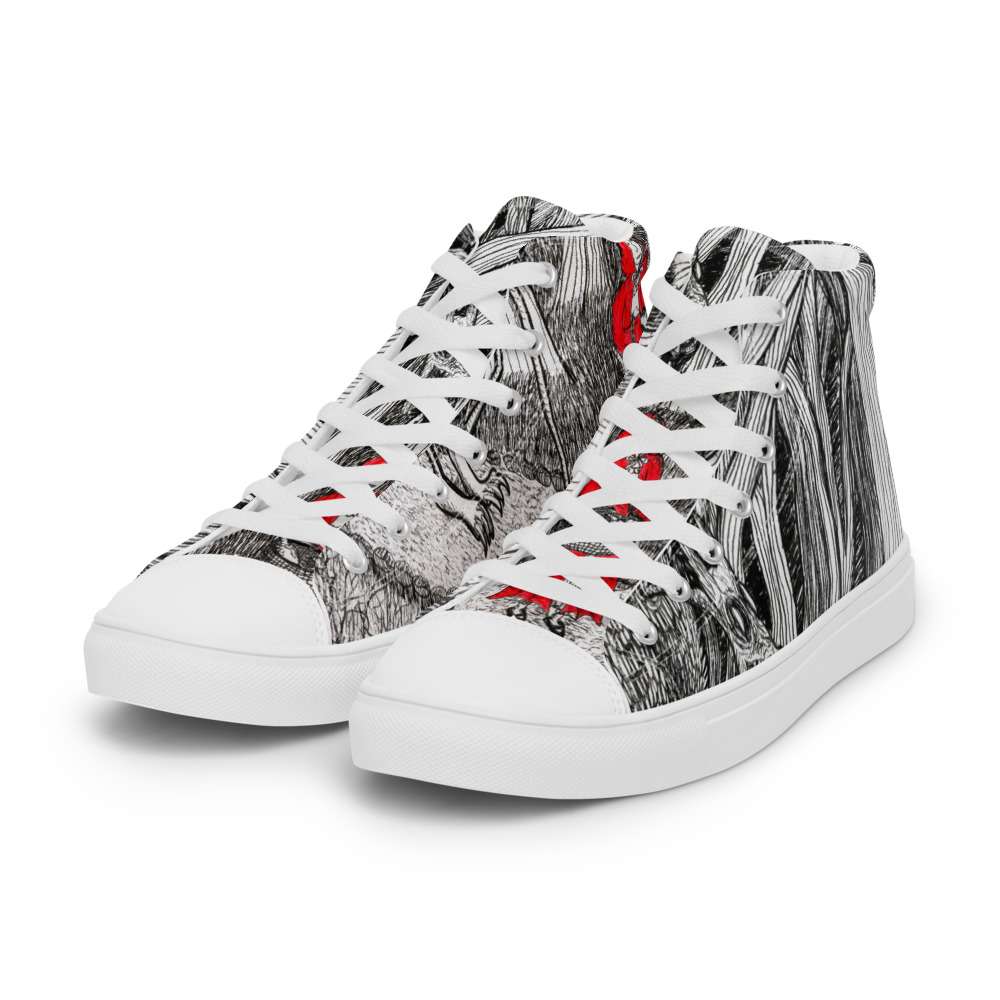 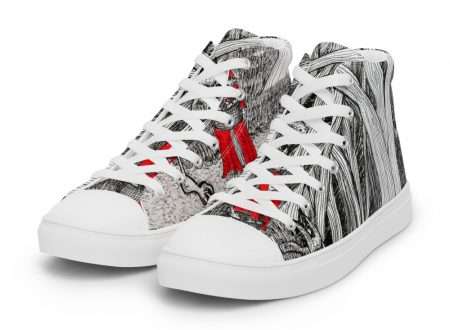